« Minus Michael, the Jackson Estate is All Business | Main | Daughter Sues Mom, Charging Her with Draining Her Inheritance »

Welfare Check on Senior Leads to Lawsuit against NYPD Officer 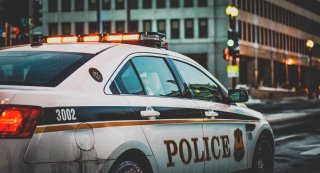 A federal judge has ruled that a police officer’s uninvited entry into a house to check on the well-being of an adult with dementia, is shielded by qualified immunity. The response to a possible crisis was correct.

Given the number of elder abuse cases, it is encouraging that New York Judge Frank Geraci’s decision, as reported in the New York Law Journal’s article, “Officer's Welfare-Check on Elderly Man Is Shielded by Immunity, Court Says,” supported the actions of Lt. Joseph Buccilli, a police officer with the Orchard Park, NY Police Department.

The judge said the police officer was protected by his good faith actions in responding to an emergency. He had qualified immunity from a suit filed by the owners of the home he entered, in alleged violation of residents' Fourth Amendment rights to privacy. The judge went on to say that even if Buccilli's beliefs that his actions were justified in entering the home were based on wrong assumptions, the officer’s actions weren’t so "plainly incompetent" as would qualify as a violation of the resident's Fourth Amendment rights.

The judge said "…no one has pointed this court to any controlling case that clearly establishes the answer to this question: When performing a welfare check on an individual in response to a request from adult protective services (or a similar agency), may a police officer enter a location to determine the welfare of that individual?"

Buccilli was called to the Buffalo area home of the Batt family. LuAnn was the daughter of the elderly Fred Puntoriero, whom the family had taken in after he was diagnosed years earlier with dementia. Fred's daughter-in-law called the local Adult Protective Services in April 2012, complaining that she and her husband hadn’t been permitted to see Fred for several weeks. They were concerned about his condition. Fred’s son (Joe) and daughter (LuAnn) each had power of attorney over their father, according to the ruling.

Adult Protective Services made a 911 call to Buccilli the next day. Joe didn’t want to let the officer in, but Buccilli followed Joe through a side door and found wheelchair-bound Fred inside the home. Fred looked well-groomed and well-fed. He was able to identify himself, and an Adult Protective Services case worker later confirmed that Fred was under hospice care and was receiving good care.