« How are 401(k)s and IRAs Different? | Main | How Long Does It Take to Get a Payment from a Life Insurance Policy? » 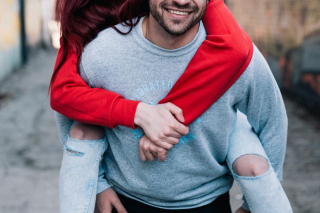 Unless you really want to give your ex the proceeds of your life insurance or 401(k), it is best to take the time to do this one task.

If you haven’t looked at the paperwork for your life insurance policies, bank accounts, retirement accounts, investment accounts and any other asset that names a beneficiary, right now would be a good time to take a look—especially if you haven’t done so in years. The number of horror stories of assets going to untended people would surprise you. It’s such an easy fix that is all too often forgotten.

MarketWatch’s recent article, “Make this estate planning move right now: Check your beneficiary designations,” explains how the Fifth Circuit Court of Appeals reversed the trial court by finding that a pension plan administrator didn’t abuse her discretion in determining that a deceased plan participant’s stepsons weren’t considered his “children” under the terms of the plan. As a result, the deceased participant’s siblings, not his stepsons, were entitled to inherit the plan benefits in Herring v. Campbell (5th Circuit 2012).

The stepsons sued for the benefits, claiming that they were, in fact, Hunter’s children because, by his actions, he’d “equitably adopted” them. The evidence seemed to indicate that he probably did mean to leave his benefits to the stepsons, so the trial court concluded that the plan administrator abused her discretion by failing to consider the stepsons’ equitable adoption claim. But the plan administrator appealed to the Fifth Circuit.

The Fifth Circuit agreed with the administrator’s interpretation that the term “children,” and for purposes of the plan, it meant biological or legally adopted children as opposed to un-adopted stepchildren. The District Court’s decision was reversed, and Hunter’s pension benefits went to his six siblings.

You may love your stepchildren as if they were your own and wish to take care of them.  However, if their names don’t appear on the beneficiary form, they will not receive anything. Your will or living trust document will not override a beneficiary designation. If that wasn’t enough of a reason to do a beneficiary check-up, here’s another: by designating individual named beneficiaries, the assets do not have to go through probate.