« Here’s Where NOT to Retire | Main | Choose Executor, Agent and Trustees Carefully » 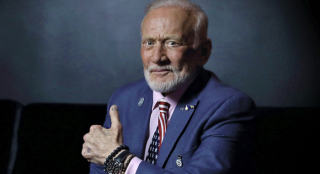 Even when planning for competency issues is in place, there can still be problems. When a highly-intelligent public figure makes decisions his kids thinks are wrong, who is right?

The case of Buzz Aldrin, who is taking his son and daughter to court on charges of fraud, conspiracy and exploitation of the elderly, is a tough one. He’s accusing his adult children and his longtime manager of slandering him, by telling others he has dementia and Alzheimer’s diseases, using his money for their own gain and undermining romantic relationships.

The 88-year-old astronaut’s lawsuit illustrates the reason it's important for families to plan ahead for an aging parent. However, cases like Aldrin's can be hard, because it can be difficult to determine when someone has a deteriorating mental capacity, explains Good 4 Utah in the recent article, “Buzz Aldrin lawsuit shows need to plan for aging parents.”

Aldrin's children deny the claims in the lawsuit, which was filed just weeks after they petitioned for partial guardianship over their father.

In Utah, any elderly person who’s being partitioned for guardianship must be given an attorney to make certain their rights are being protected. If you have a plan in place regarding your choice of guardian, it can help.

Here are a few tips for dealing with this issue, whether you are the aging parent or the adult child.