« Can an Estate Plan Become a Legacy Plan? | Main | Single Parents Need to Plan and Balance for Financial Stability »

Senator McCain’s Estate and His Legacy 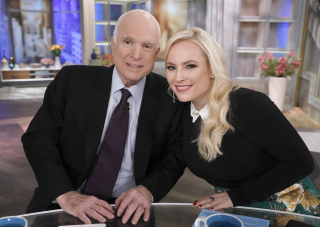 Some believe that Meghan McCain and her siblings will follow their father’s legacy of service. Questions about the estate he left behind are mostly known, as his family’s holdings were revealed by the opposition when he ran for the presidency.

The challenge about John McCain is less about his estate, than it is filling the void created by his absence in Washington.

Wealth Advisor reports in its recent article, “Tradition, Money, Dynasty: Can Meghan Keep the McCain Legacy Alive?” that there are several family trusts passing Cindy’s family property down from her parents to the McCain descendants. Those trusts hold the houses, her family beer business and various assets that are worth close to $200 million.

McCain’s side of the family legacy is much less complicated. He looks to have amassed $15 million on his own or in marital property.

It will be a rather small inheritance for his heirs, compared to what they’ll inherit from Cindy. However, the big issue may be identifying those heirs who will take up his social agenda.

The four McCain children are going to be as comfortable as they need or want to be. It’s more than likely that they’re sharing in the income from their grandmother’s trust already, and one day they’ll also inherit Cindy’s wealth.

With that money in the future, the Senator’s kids are free to do whatever they want with their lives. Meghan is a television personality and a professional “next-generation Republican.” She’s female, she’s educated, telegenic and just like her father, she’s not afraid to claim a “maverick” position every once in a while.