« Leaving a Legacy? Expand What That Means | Main | How Does Medicaid Treat College Savings Funds? »

Brad Pitt is Savvy About His Children’s Future 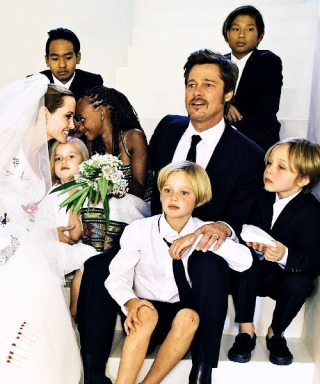 Here’s one celebrity savvy about estate planning. Actor and producer Brad Pitt has an estate plan that will keep his money away from his ex and benefit his children through a $250 million trust.

After reading about so many celebrities who fail to plan for the future, it’s refreshing to learn that one bold-face Hollywood star has taken steps to create a will and care for his children. In the recent article from Wealth Advisor, “Even Brad Pitt Has Prepared A Will (And A Post-Divorce Trust),” the 54-year-old Pitt has achieved the dual purpose of keeping his millions from his ex-wife and had a trust created to divide his money between his six children.

A source, who’s a family friend commented, “Brad’s intent is that any money he doesn’t have to give Angie in a divorce settlement and for child support is well-protected. He’s setting up a firewall that is specifically intended to keep her hands off his cash.”

Jolie and her estranged husband Pitt are going through a lengthy divorce and custody battle. A judge recently expressed displeasure with Jolie, for keeping their children from their father.

The family friend continued: “Brad has a ton of money in the bank. Now, while he’s still got all his faculties, he wants to take steps to make sure his children get it, and it’s protected from their mother.”

It’s reported that Pitt’s millions will be put in a trust for Maddox, Zahara, Shiloh, Pax, Knox and Vivienne. Jolie won’t be able to reach those funds, even after Brad’s passed away.

“Brad has seen how spiteful Angie can be during this divorce,” the friend says. “It’s taught him not to trust her—especially with his money!”

According to Entertainment Tonight, Jolie has been working behind the scenes to rectify the situation with Pitt.

The publication reported that Pitt and Jolie set up a secret meeting at her house. This was the first time they had met to sincerely attempt to make things work, since their group therapy with the children.

Apparently, Brad and Angie’s meeting was successful, and they’re going to stick to the plan ordered by the judge in their divorce proceedings.

The family friend explained: “Angelina decided it was time to try to make things work and Brad was relieved and very ready for the offer. Brad has been dedicated to making peace throughout the process, and now it finally seems like they are at a point, where they can create a calmer situation for the kids.”

If you haven’t updated your estate plan since a divorce or remarriage, the Pitt-Jolie situation is a reminder to make an appointment to see an estate planning attorney as soon as possible. Don’t forget to check the named beneficiaries on your accounts, since those designations override any instructions in your will.

Reference: The Wealth Advisor (September 28, 218) “Even Brad Pitt Has Prepared A Will (And A Post-Divorce Trust)”

Posted by McCulloch & Miller, PLLC on 10/30/2018 at 05:34 AM in Asset Protection, Blended Families, Inheritance Planning | Permalink