« A Whole Lot of Soul, But No Estate Plan | Main | What Happens in Your World After You Die? » 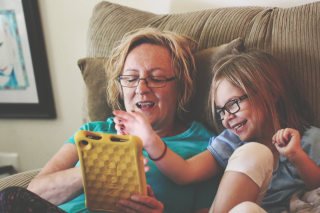 “H.4116 An Act Relative to Alzheimer’s And Related Dementias in The Commonwealth” is now law in Massachusetts, following an August 15 ceremony.

A ceremonial signing took place in Massachusetts Governor Baker’s office as community members, legislators and members of the administration gathered at the Alzheimer’s Association’s Waltham office, where the governor signed the new bill into law.

“This legislation will enhance efforts to train front line caregivers on recognizing and treating dementia more effectively, and work with families of loved ones to prepare and manage the effects of Alzheimer’s.”

Senate President Karen E. Spilka noted that the important legislation acknowledges that Alzheimer’s and other dementia affect not just individuals but also communities and families. She went on to say, “as someone who has been affected personally by Alzheimer’s and dementia in my family, I am grateful for this comprehensive approach.”

There are more than 130,000 Massachusetts residents living with dementia.

“Despite its widespread impact, lack of information, fear, and stigma can prevent those affected from feeling safe, socially connected, and able to thrive in their communities. Family members often carry the financial and emotional burden from caring for their loved ones,” said Massachusetts Health and Human Services Secretary Marylou Sudders.

Sudders also said that the law brings the diseases of Alzheimer’s and dementia to the forefront.  It will promote early detection and diagnosis, reduce risk, prevent avoidable hospitalizations, support caregivers and mitigate health disparities.”

The law will create an advisory council and an integrated state plan to effectively address Alzheimer’s disease, and will require that content about Alzheimer’s and related dementias be incorporated into physicians, physician’s assistants, registered nurses and practical nurses continuing medical education programs that are required for the granting or renewal of licensure.

With the new law, doctors will now be able to share a diagnosis and treatment plan with a family member or a personal representative, within the existing framework of federal and state privacy laws. Hospitals will now be required to have an operational plan in place for recognizing and managing individuals with dementia within three years of the law’s enactment, and elder protective services caseworkers will be required to have training on Alzheimer’s disease.