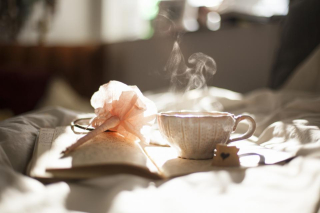 A woman’s suit to contest her father’s decision to give his estate to a not-for-profit failed, as his will was found to be valid. The family’s split over religion was never resolved, and there are no winners here.

A panel of three judges upheld a previous ruling that Stacy Wolin was legally disinherited by her father, according to an article in The Algemeiner, entitled “New Jersey Woman Fails to Contest Father’s Will Over Alleged Bias Against Jewish Spouse.” The estate of Kenneth Jameson will instead go to the Hospitaller Order of St. John of God Community Services, which serves people with developmental disabilities. As unpleasant as her father’s wishes were, the will was found to be valid.

Wolin told the court that because her parents disowned her when she refused to stop dating a Jewish man, who was the man she eventually married and with whom she had three children, she was forced to pay for her college education by herself. She also had to spend her semester breaks at her boyfriend’s house because her father didn’t want her around.

She stated that her father (whose wife passed away prior to his death) once confronted the rabbi at the temple where her boyfriend’s family worshiped and accused him of brainwashing his daughter.

Wolin also claimed that her father would not meet his grandchildren, who were reared according to Jewish tradition.

Wolin’s father, Kenneth Jameson, died in 2014 at the age of 81. In his will, which he signed in 1987, he explained that his daughter would inherit nothing for rejecting the “love, care and concern which I lavished” on her, acting “with selfishness, manipulation, cruelty and with abusiveness.”

The judges ruled that even though a will’s provisions may be “shockingly unnatural and unfair,” the court is bound and required to uphold its validity if it was written by an individual “of sufficient age to be competent and … of sound and unconstrained mind.”

The state’s Law Against Discrimination does not make it unlawful to disinherit a child based on an alleged discriminatory motive founded upon religious beliefs or affiliation, ruled the court. Regardless of whether one agrees or not with Jameson’s beliefs, his will provided a clear explanation for his disinheritance.

For additional information on estate planning and inheritance laws in Houston, please visit our website.